An Explanation of the Trump Phenomenon to Asimov Fans

Many of you are probably wondering how Donald Trump is so successful as a Presidential candidate. You might also be wondering how it is that the left and the right wings of the establishment, supposedly mortal enemies in this oh so polarized age of American politics, are saying the exact same things in the exact same way to attack him. Others might be gleefully watching his meteoric rise, but wondering how he's pulling it off. Scott Adams has done a good job of analyzing Trump's rhetorical tactics, but is intentionally silent on the larger strategic and ideological goals of Trump's candidacy. Wonder no longer, because Isaac Asimov called this shot over 60 years ago, in the Foundation series of novels. Major series spoilers follow, so DO NOT READ this post if you haven't read at least the first three books of Foundation and still want to be surprised. 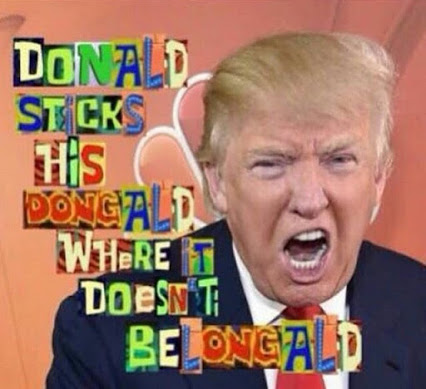 The Foundation series takes place in the far distant future, when mankind has colonized the galaxy so thoroughly that we've forgotten our origins, including the name and location of Earth itself. The series begins in the dying days of a Galactic Empire, with a capital city that covers an entire planet. If this sounds familiar, it should - Foundation was one of the main inspirations for Star Wars, along with old samurai stories. Scientists of the Empire had discovered "psychohistory", a way of using statistical models of human behavior to predict the greater shape of history increasingly accurately as the target population increased. With an entire galaxy to work with, the founder of psychohistory determined beyond a shadow of a doubt that the Empire was going to fall, and that a dark age would follow. Without intervention, this dark age would last thirty thousand years (y helo thar warhammer), but with a little guidance and the intentional preservation of knowledge in an isolated outpost at the edge of the galaxy (similar to the way Irish monks preserved the works of Greece and Rome in the Dark Ages), the dark age could be shortened to a single millenium and lead to an enlightened, reunified galaxy. This is very similar to the popular opinion in the early 20th century that Western Civilization was inevitably headed towards destruction and doom. World War I annihilated most of a generation of European men, disproportionately including the aristocracy's heirs as unit commanders, and left the world shaken up about the horrors of modern science and technology. After a brief reprieve thanks to the economic boom of the 1920s (at least in the US and western Europe), World War II took that fear and horror and shattered the scale, most especially with the use of nuclear bombs on Hiroshima and Nagasaki. Then the Soviets got the Bomb in 1948 and everyone started to earnestly believe they were seeing the last days before the apocalypse. Certain shadowy groups, including an admitted former Nazi-collaborating Jew named George Soros, began their own plan to preserve the old order.

In the Foundation series, everything went according to the psychohistorians' plan for the first few hundred years. The Foundation worked diligently at bringing benevolent nuclear powered space capitalism to the barbarians in the rest of the galaxy (50s overload!), and the recorded messages from the psychohistorians remained accurate enough that the people began to regard them as close to messages from a god. Then, one year, things started to change. The messages no longer matched up with reality. They predicted local political shifts that never happened, and failed to mention the military juggernaut that was sweeping the galaxy, bending all before it. Enter the Mule.

The Mule was a one in a sextillion freak of nature, a human with powers to directly manipulate the very minds of those around him. There was no possible way to account for him in the psychohistorical models that had guided the Foundation. Every one of their traditional tactics backfired, and he kept on gaining power. Old allies were subverted to his cause, and he cost the Foundation several attempts at expanding their own power that had been planned for decades.

Is this starting to sound familiar?

I'm not claiming that Donald Trump has psychic powers. I merely think, like Scott Adams, that he's a brilliant persuader, that reaches people on a deeper level than merely rational politics can ever hope to do. In processor terms rationality is out on ring-3 with regular application code, and Trump basically has ring-0 kernel access and is overriding messages that have been built up for years. This is stumping the hell out of the closest thing we have to a political psychohistorian, Nate Silver, and he's literally losing his hair in stress, rage, and confusion. Adams's blog covers the tactics brilliantly, so I won't rehash them. The deeper question is why he's doing this, and his strategic goals.

As you can see in this interview with Oprah from 1988, Trump's basic positions, opinions, and policy ideas haven't changed in almost thirty years, merely been refined and extended as new data emerges. This isn't an act, or a joke, or a publicity stunt. This is what he honestly believes, and he's running because he thinks he can do a better job than our current leaders. The media calls that arrogance or bravado. We used to call it patriotism. He's doing it out of love of country and contempt for its current leadership. He's going to succeed because he avoided replicating the Mule's fatal error.

In the Foundation series, the Mule was eventually defeated through a combination of subterfuge, womanly wiles, and the assistance of the secret Second Foundation, the group that studied sciences of the mind instead of the external physical world. Unlike the primary, or First, Foundation, the Second Foundation was never publicly acknowledged. It stayed hidden, anonymous and quiet, in the ruins of the physical power of the old Empire. Their primary means of projecting power over the galaxy was introduction of self-propagating ideas that could guarantee a movement's success, or doom it to failure. In modern terms, memetics.

Scott Adams has spoken of Trump's ability to perform a "linguistic kill shot" on his opponents. This is what a memetic weapon looks like. You jam an idea about yourself or your opponents so far into the collective unconscious that people begin repeating it independently who have never heard it directly from you, or from anyone who did hear it directly from you. Trump is a brilliant practitioner of memetic warfare himself, but he has also formed an alliance with the modern masters of the art as it exists on the Internet. For proof of their abilities, look at the New York Times article on the term "cuckservative." The Fourth Estate has been hijacked by a smug green frog, and it feels good, man.

In the Foundation series, the heroes of the First and Second Foundations defeat the Mule, and happily continue their crusade to reshape the galaxy in their own image. In reality, the forces trying to reshape the world order are doing so for personal profit. They believe that national borders, national sovereignty, and local cultures are mere speedbumps on the way to a utopian world like Star Trek, or maybe just better balance sheets. Their path is the path to a corporatized dystopia like we've seen in cyberpunk fiction since the 1980s. They are exhorting their puppets in the media, and politicians on both the left and right, to do anything to Stump the Trump. Unfortunately for them and fortunately for the rest of us, they didn't count on facing fellow masters of memetic warfare on this battlefield. The combination of live, unedited coverage of the things Donald Trump is actually saying, and memetic techniques to uplift his image while ridiculing his opponents, are breaking the stranglehold of print and broadcast media over the election cycle narrative. Every lie or misinterpretation promulgated by the media is rebutted near instantly, and just makes Trump's poll numbers go up. Protests funded by George Soros via MoveOn.org, candidates he's funded (Hillary and Kasich), and even emergency rewrites of RNC convention rules are all being deployed in an effort to keep the man with no strings attached out of the White House.

You can see the desperation leaking out. Gawker recently released an "article" that consisted of the author begging anyone to give him information that might help him stump Trump. FOX News's Megyn Kelly has aged approximately a decade since she first attacked Trump last fall. Over $100 million has been poured into attack ads, SuperPACs, and every dirty trick in the political establishment's playbook, to no avail. Jeb Bush and Marco Rubio have not just withdrawn from the race, they are permanently done in US politics. The Bush legacy has been irreparably tarnished - under no other conditions would a Republican primary debate crowd in South Carolina applaud tearing down W's handling of 9/11 and Iraq. MSNBC's blatant race baiting attempts backfired so badly that the anchor almost cried on live TV. A Soros-funded ~~riot~~ "peaceful protest" of a Trump rally in Chicago handed over 40% of the Illinois vote to Trump on a silver platter. Perhaps the dumbasses shouldn't have been waving Soviet, Mexican, and gay-rainbow flags in front of a Nationalist candidate's supporters.

Just today, more Soros-funded protesters blocked a highway through the Arizona desert to prevent people from getting to a Trump rally, going so far as to chain themselves to vehicles to prevent the police from easily removed again. In so doing, they solidified people's support for Trump enough to walk three miles through the Sonoran Desert near high noon to hear him speak. More protests were planned in New York City, but the NYPD did their jobs admirably and prevented them from causing too much of a disruption. This is going to hand the Arizona and New York Republican primaries to Trump in a blowout, earning him over a hundred candidates out of that magic 1237. It might even flip Cruz's "safe state" of Utah.

So, where does this leave the analogy of the Mule and Donald Trump? The Mule lost because he had to. He was the villain, and the power of memetics was turned against him. Trump is the hero of his own story and has the power that defeated the Mule in his own corner. Donald Trump is going to be the 45th President of the United States barring an assassination, and I have faith that the US Secret Service will do their jobs and prevent that.

You Can't Stump the Trump.